In a country where economic policy is based on theft and violation of natural laws of the economy, poverty will always reign. A very important condition for reaching general prosperity is a widespread consciousness of essential economic truths and laws, and the compliance with them.

The basic phenomena and laws of economics result from human activity springing from motivations and aspirations rooted in human nature. Therefore, an understanding of these natural mainsprings of that activity helps to understand the basic natural economic laws. Compliance by authorities and the general public with these laws, including the provision of conditions securing the free operation of them, is absolutely necessary for the economy to flourish, whereas violating them contributes to human poverty and unhappiness.

In regard to the above, it is worth noting that an American foundation, the „Polish-American Foundation for Economic Research and Education – Pro Publico Bono” (Torrance, California), promotes and sponsors among Americans of Polish descent, and Poles in Poland and abroad, the economic educational activity based on the teachings of the Polish-American school of economic thought. The latter proclaims that the most important economic imperative is the commandment „Thou Shalt not Steal!”, in its broad meaning, and a violation of any natural law of economy is equivalent to violation of that commandment.

The rationale for the above and the conclusions are as follows:

Man is a creative, social and rational being:

1) Man is a creative being, who true to his nature, tends to fulfill himself through work and other activities. The latter are primarily economic in character, directed at supporting and bettering his prosperity through production of goods. These in turn are the source of wealth. With increased production of desirable material goods, prosperity increases, and, needless to say, poverty decreases. Legal restrictions of economic freedom of individuals, financially punishing the producers, and other artificial counter-incentives that impede creative work, as measured by the value of goods produced, are on a collision course with the above-mentioned human nature and natural order, indirectly deprive the people of their property, and contribute to unemployment and increased poverty. (Examples of the above are restrictive labor statutes, excessive taxes, licensing that restricts competition, and other bureaucratic regulations).

2) Man is a social creature. His interaction with others is exemplified in, among other activities, mutual exchange of goods, such exchange being motivated, in each party taking part in the transaction, by an anticipation of own benefit. The term „goods”, as used here, can be widely defined as different materials and products, ideas, labor, money, etc. When the parties in question draw a profit from the exchange, the sum of all the goods exchanged becomes higher than it was before the interaction took place. This in turn leads to the enrichment of the parties, and further on – to division and specialization of labor, which, in turn, stimulates productivity, thus enriching the people. Such trade among people has existed since the dawn of the human race, and occurs all over the world. It is embedded in human nature and the natural order. Anyone who creates barriers to free trade, be it domestic or international, or punishes directly or indirectly the parties for trading, is in conflict with that order, deprives people of opportunities to improve their own condition, and fuels both unemployment and poverty. (Such barriers along the road to prosperity can consist of various customs fees and excise duties, sales taxes, communication restrictions, while the punitive measures usually take the form of unjust taxes).

3) Man is a rational being. Owing to the natural limits of accessibility to resources and means serving the betterment of life, one strives to use his assets in the most thrifty and efficient way. That is why he attempts to buy at the lowest, and sell at the highest possible price. The practical manifestation of this tendency is the law of supply and demand. Anything that negates this law through, for instance, government regulations imposing and enforcing certain maximum or minimum price, rent or salary levels, takes away somebody’s right to freely dispose of his own property, and invariably leads to diminished production and availability, on the market, of the goods subjected to these regulations, as well as to increased unemployment and poverty.

4) Man resists robbery. Whenever the fruits of his labor and achievements are taken away from him, his will to work, and to any constructive efforts, subsides. His creative energy and productivity also subsides or vanishes altogether. (Regretfully, when a country is poorly organized and the government is dishonest, the citizens are robbed in two different ways: They fall prey to common criminals committing illegal acts, and to the government robbing the citizens legally. In the first case, the degree of what the latter lose, usually constitutes only a mere fraction in comparison with what is taken away from the citizens by the government). The most important economic imperative is the commandment „Thou Shalt not Steal!” The theft in the broad meaning of this term is the most harmful factor in the economy; and the more it is widespread, the greater the damage to the economy (an example of this is unjust taxes which promote the interest of one group of people at the expense of others). Violating the natural laws of economics is a reflection of the violation of that commandment. The opposite of theft is the respect for the right of everyone to his honestly acquired property (that is, not acquired by way of violence, coercion, bribery, deceit, or theft in any form). The more common and deeper is that respect, and the more established and secured are each person’s property rights, the more the economy grows and prospers. Thus, it is important that the State provides protection (through police, military and the justice system) to each person against violence, coercion, deceit or any other form of theft, and, whenever applicable, provides the owner with a formal title that precisely defines the subject property and specifies who is its true owner.

No law should be enacted without a prior determination that it will serve the interest of all people (e.g. a taxation law to provide funds for the needs of efficient police, military, and judiciary), and not the interest of particular persons or a group of persons at the cost to all the rest, and that that law would not in any way conflict with the above mentioned principles and natural laws of economics. Should such a conflict exist or emerge, then the proposed law would be immoral and economically and socially harmful, and therefore should be rejected or, if in place, repealed.

In the economy, also, natural laws take priority over statutes proclaimed by man. 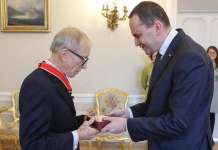 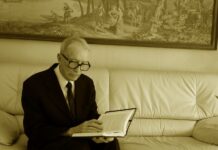 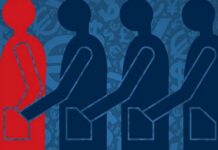